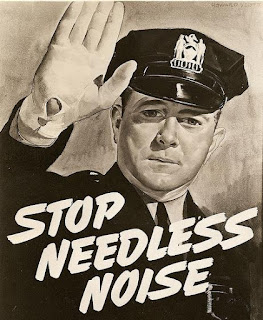 SÃO PAULO—The latest in a string of protests against transportation-fare increases turned violent on Thursday, as tensions grow over unemployment and rising inflation in Brazil.

Thousands of protesters gathered in the late afternoon at the Municipal Theater in central São Paulo and marched through the city center. Just after 7 p.m., police began firing tear gas into the crowd, sending protesters running. People screamed "Fascist police!" and threw stones at the police as smoke filled the air.

The demonstration was the fourth since last week in response to a nearly 7% increase in public transport fares in the city to 3.20 reais, or about $1.50. It was also met with the most force so far by police—by the end of the demonstration late Thursday night, after officers in riot gear pursued and shot at groups of protesters all around the city center, dozens of people had been detained. Brazilian newspaper Folha de S. Paulo reported that seven of its reporters were hit, with rubber bullets, including two who were shot in the face.

Earlier in the day, a strike by suburban rail workers had caused confusion in São Paulo, forcing hundreds of thousands of commuters to switch to emergency bus services or use their cars.

A similar demonstration Tuesday, also organized by the group called Movimento Passe Livre, or the free-pass movement, swelled to an estimated 12,000 people and also became violent, with protesters throwing stones and vandalizing buses and subway stations, and military police using tear gas and rubber bullets to disperse the crowds.

On Wednesday, protest organizers met with São Paulo state's Public Ministry, which proposed a 45-day suspension to the fare increase so representatives from the public and authorities could re-evaluate costs.

Mayor Fernando Haddad condemned the violence, and said that fares had been raised by an amount below the inflation rate, and would be kept at the new level.He said he didn't plan to discuss the situation with the protesters. The city "doesn't accept the violence," he said.

Mr. Haddad said he won't talk to protesters as long as the violence continues.

The MPL said it had submitted a request to Mr. Haddad to have the increase revoked, but hadn't received a response. The MPL said in the letter to the mayor that it won't accept anything less than the reversal of the fare increase.

The protests come as Brazilian authorities are struggling to contain inflationary pressures.

Recent protests in the eastern city of Goiana that also turned violent prompted a judge to rule this week that a fare increase there of more than 10% was abusive, because transportation companies had been given tax breaks which were not passed on to their riders. The fare in Goiana returned to 2.70 reais on Thursday.

The Movimento Passe Livre, known as MPL, has been arguing for free public transportation in various cities in Brazil since 2005. But it has gained many more followers since the recent rise in fares, said Lucas Oliveira, an eighth-grade history teacher who is one of the organizers.

Mr. Oliveira said he believes Movimento Passe Livre is attracting more people because the squeeze from higher prices comes as Brazil's economy is slowing after a decadelong boom. People feel emboldened and are "thinking and participating in political decisions now because we have the conditions to do so," he said.

Brazilians are growing more pessimistic about the economy. The country's unemployment rate climbed in April for a fourth consecutive month. Though it is still at a low 5.8%, a survey this month by polling institute Datafolha found that 36% of respondents believed unemployment would increase, up from 31% in their last survey in March.

Brazil's 12-month inflation rate in May hit 6.5%, at the upper limit of the central bank's target range. More than half of respondents to Datafolha's survey were worried inflation would rise, and 80% noted increases in prices over the last month.

President Dilma Rousseff has tried to reassure Brazilians that her administration is committed to fighting inflation. "There is no chance my government won't fight inflation," she said at a public event on Wednesday, adding that inflation "is under control."

—Gerald Jeffris and Luciana Magalhaes contributed to this article.